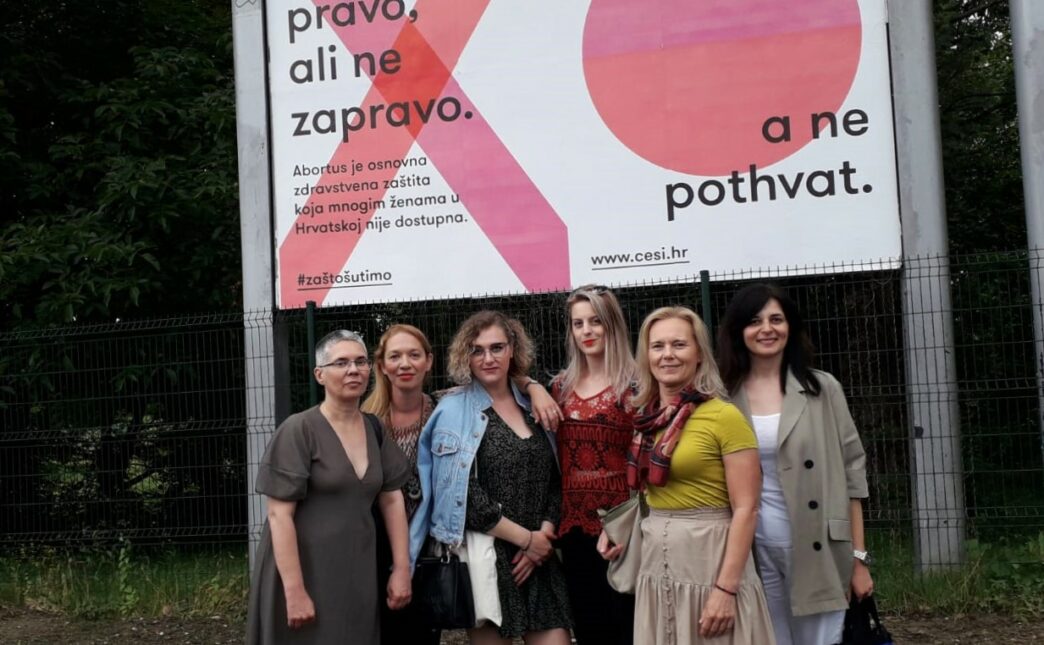 CESI is a feminist non- profit organization that advocates for advancement of women in Croatian society and realization of gender equality, and for full implementation of all laws and international mechanisms for the protection of human rights.

CESI’s  programmes and activities are focused on gender equality issues i.e. increasing participation of women in decision making processes,  prevention of gender based violence, promotion and protection of sexual and reproductive rights and health, advancing women’s economic empowerment and position on the labour market.

In order to achieve our goals we use different methods: research and analysis; development of educational and prevention programmes, manuals and brochures; education and information; raising awareness, media campaigns; advocacy and lobbying.

Some highlights of our work

CESI started a number of discussions and opened new topics in the society e.g. teen dating violence, abortion access, conscience based refusal in reproductive medicine, sexuality education, masculinities, neoconservative threats to SRHR. We were the first association in Croatia which systematically dealt with raising awareness of young people for gender issues, reproductive and sexual rights and prevention of teen dating violence. Our work and programmes have been recognised and used in the region as examples of good practices. An important achievement is our influence on the development and implementation of specific measures and policies in the area of women’s human rights and gender equality. Our research has been recognized as important, often referenced and used for policy development and our prevention and educational programmes have been implemented in many high schools.

We have a network of teachers in educational institutions that continuously work with students and several hundreds of experts completed our training of trainers since 1997. As a result of our work, several organisations/civil initiatives have been established in the local communities, many young women became active in civil society organizations or became political candidates, and some of our beneficiaries successfully started their business or found jobs.

Our project, « Silence is not Golden », aimed at preventing gender-based violence received an international award from ERSTE Bank for social integration and was selected as one of the examples of good practice in prevention of domestic violence in the European Union. CESI’s action « Pillar of Shame » has been recognized by the European Institute for Gender Equality (EIGE) as an example of good practice in promoting women’s political participation. The program « Women and Leadership » is included as a model of good practice in the study of active citizenship made by Directorate General Education and Culture of the EU.