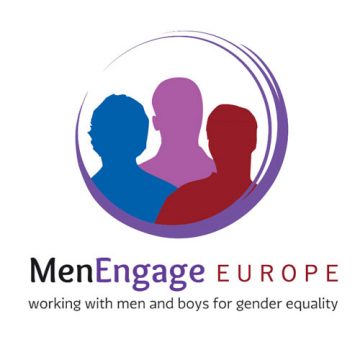 MenEngage Europe is a network of more than 88 organisations and 12 individual members from 33 European countries – from Russia to Portugal and from Turkey to Finland.

As a European network, we are unique in providing a feminist/profeminist platform for networking, capacity development, and advocacy on issues relating to working with men and boys on gender equality. The network works across borders and cultures in Europe to support boys and men to reflect on how their ways of being men influence their wellbeing and the people around them.

MenEngage Europe works to transform masculinities by addressing a variety of topics relevant to the lives and experiences of men and boys and exploring the links between them. For example, how to involve men and boys in sharing parenthood and caregiving, tackling all forms of violence, shifting limiting/damaging norms of gender and masculinity, addressing structural inequalities, and challenging homophobia and transphobia.

How we are organized

MenEngage Europe was formed in 2009 and has since then seen a steady development both in the number of members and scope of activities. The network is governed by a Steering Committee, under the leadership of three co-coordinators, elected through a democratic process at its members’ meeting. Since 2018, MenEngage Europe has had a regional secretariat based in Sweden.

Because we represent diverse fields of engaging men and boys, MenEngage Europe offers a unique opportunity for networking, sharing resources and collaboration.